COVID-19 Update
We are open and are maintaining hygiene measures including the wearing of masks where possible to keep our patients and staff safe. We look forward to seeing you soon.
Skip to content
November 4, 2019 user Leave a comment 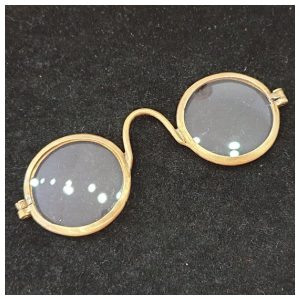 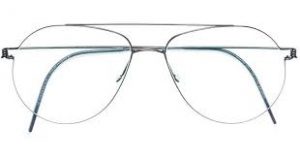 Popular opinion has shifted dramatically over the decades, on wearing spectacles. The absolute objective in the 19th century was to improve sight without bringing any attention to it, without any fuss or statement. ‘Invisibles’ were devised, which were the thinnest bits of wire set into a groove along the edge of the lenses. This technique has come full circle, as rimless specs take centre stage of the opthalmic world, with Lindberg leading the way.  For many years wearing glasses was seen as a bit of a burden, even a disability. They were unattractive, geeky and ugly, an unstylish necessity, only to be worn if you absolutely needed to. Once again attitudes and opinions have made a 360 turn and wearing spectacles has become very on trend!

The 1950’s wrestled with the dichotomy that the profession, was in danger of falling into the unsavoury grips of the commercial world, and those that allowed this influence, were tagged  ‘shopticians’! It was widely believed that the medical side of the profession was being compromised as advertising took hold, and fashion houses, like Christian Dior brought out their own ranges. Of course this is  now the norm, and there are literally thousands of ranges to choose from, all offering different looks and solutions. The craftmanship and techniques have developed dramatically, and where one pair, used to suffice, most of us have a veritable ‘collection’. The shift in mindset,  has resulted in wearing spectacles as being cool and trendy! There is no longer a stigma attached to an astigmatism and wearing spectacles is no longer a spectacle but spectacular – you get the idea! Glasses have become synominous with intelligence, they are believed to give an air of authority whilst making a fashionable statement. A defining accessory and if  a prescription is not required then a clear lens will do.

Many celebrities are notorious for wearing glasses. How naked and wrong would it be if Elton John appeared on stage without his outlandish creations, Woody Allen, Ronnie Corbett, Eric Morecombe, Alan Carr are amongst many comedians, who’s comedic value is enhanced with their character defining spectacles. Steve Jobs’ style of eye wear, actually embodied his whole minimalist ethos, as he wore the same style daily by Robert Marc, since 1998. Ghandi’s iconic glasses sold at auction for $1.8 and just the image of John lennon and his round gold rimmed spectacles sum up a whole philosophy of peace and love.

It can only help the opthalmic profession that there is an outpouring of love towards spectacles, especially where children are concerned. With so many iconic influencers wearing them with pride, children and adults alike are scrambling to get the latest trends, without worrying about their street cred dipping!